Campaign Magazine’s analysis of advertising spend in 2009, researched by Neilsen, has shown that The Union has retained its No.1 position in Scotland for the fourth year in a row, with advertising billings of £18.4 million. 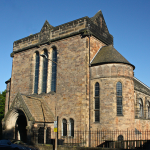 UNION RETAINS ‘No.1 IN SCOTLAND’ CROWN

Edinburgh-based The Union retained its No.1 in Scotland crown for the second year running, billing over £16 million, up 9% on 2006. Ian McAteer, Group Chairman of The Union said: “It’s perhaps unexpected to see growth in the Scottish market, but it is great news for the industry. The fact we were able to grow in 2007 was also great news – it was down to the hard work of everyone here. It took us ten years to reach the top spot – the difficulty will now be staying there – as the competition in this market is as tough as anywhere.” 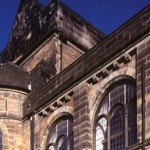 After 10 years in business, The Union has reached the top of the Campaign billings league in Scotland, ousting the Leith Agency from pole position. Campaign’s figures, published annually, are the industry measure for above-the-line billings, according to an independent audit by Nielsen Media Research. This news follows an excellent 2006 for The Union when the agency was named Scotland’s Agency of the Year.

WHAT TEACHING TAUGHT ME

WHY UX IS A VITAL ELEMENT OF SEO

THE SOUTH OF SCOTLAND IS READY FOR BUSINESS